What is Purchasing Power Parity?

The purchasing power parity (PPP) is the amount of currency units required to purchase a basket of goods and services that can be purchased with one unit of the reference economy’s currency. 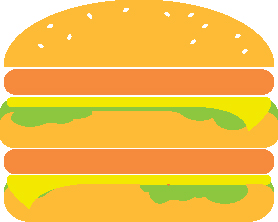 Meaning, RM0.46 has the same purchasing power as one unit of Hong Kong dollar in Big Mac terms. Being a ratio of two currency units, PPP acts as a currency converter; unlike exchange rate, PPP accounts for relative price levels of commodities. Hence, an expenditure converted to a reference currency using PPP becomes a measure of the volume of commodities that can be purchased—hence, called real expenditure.

The PPPs can also be compared against exchange rate and their ratio is called price level index (PLI). Suppose the exchange rate is RM1.90 = HK$1, then PLI is:

Meaning, the price for Big Mac in Malaysia is only 24% of (or 76% lower than) the price of Big Mac in Hong Kong, China. Note, however, that the Big Mac PPP is of limited use because the Big Mac does not represent consumption baskets in Malaysia or Hong Kong, China. So, a PPP more relevant to policy would relate to the household consumption basket, or even the expenditure of the entire economy as measured by gross domestic product (GDP).

The amount of currency units required in an economy to purchase a common basket of goods and services that can be purchased with one unit of the reference currency in the reference economy.

The ratio of PPPs to exchange rates with respect to a common currency. PLI expresses the general price level in an economy as percentage of reference economy’s price level.

Expenditure that has been converted to common currency by PPP, and hence, valued at a uniform price level across economies.

Expenditure that has been converted to common currency by exchange rate without adjusting for the differences in prices of goods and services across economies.

Total expenditure divided by total population of a given economy. Per capita expenditure measures standard of living in an economy. This can be expressed either in real or nominal terms.

A property whereby the PPP between any two economies is the same whether it is computed directly or indirectly through a third economy.

A property of PPPs, PLIs, and volume indexes whereby the relativities between economies are not affected by either the choice of reference economy or currency.

GDP expenditure is the total value of the final consumption of households, nonprofit institutions serving households, and general government, gross capital formation plus balance of exports and imports.

These present the ICP reports and related research presenting methodologies and results of purchasing power parities (PPPs) across various ICP cycles in Asia and the Pacific and related research such as studies on poverty-specific PPPs, integrating ICP with the Consumer Price Index as a framework for subnational PPPs, and alternative approaches for estimating PPPs for non-benchmark years in the region.

Guide on the Integration of CPI and ICP Activities 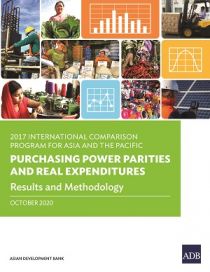 ADB encourages websites and blogs to link to its web pages.